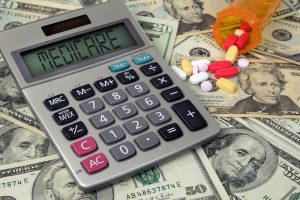 To recap, a Zone Program Integrity Contractor (ZPIC) in 2016 alleged that the Medicare program had overpaid a home health provider, Family Rehab, nearly $7.9 million.  Family Rehab asked for a redetermination from its Medicare Administrative Contractor (MAC).  The MAC, however, affirmed the ZPIC’s conclusion.  The provider then asked a Qualified Independent Contractor (QIC) to reconsider the decision.  The QIC slightly reduced the demand to over $7.6 million.  Since the MAC by regulation can begin recouping overpayments after the QIC issues its decision, the MAC then noticed its intention to begin recouping the alleged overpayment.  Family Rehab then requested an ALJ hearing.

While the Medicare Act requires that an ALJ issue a decision within 90 days of a request for a hearing, Family Rehab does not expect a hearing to occur until at least 3 to 5 years from now, due to the well-reported ALJ appeals backlog.  Since CMS, through its contractor, had been continuing the recoupments during this ALJ delay, Family Rehab faced the possibility of going bankrupt and terminating operations before it could even conclude the multi-part Medicare appeal process.  Given Family Rehab’s heavy focus on Medicare patients, it alleged that the recoupments would cut off nearly all of its revenue stream.  Family Rehab thus sued the Secretary of Health and Human Services (HHS) in federal court and sought a TRO and an injunction to prevent the recoupment of any overpayments until the conclusion of the administrative appeals process.

In so holding, the District Court held that Family Rehab meets the standard for granting the TRO.  Family Rehab demonstrated a substantial likelihood of success on the merits of its procedural due process claim because HHS has not afforded Family Rehab with an ALJ hearing within 90 days from the date of the request for a hearing, as required by the statute.  Family Rehab established a substantial threat of immediate and irreparable harm through a showing that Family Rehab will go out of business permanently if CMS continues recouping the over $7.5 million in alleged overpayments before it is even afforded an ALJ hearing and decision.  In addition, the court was sympathetic to the fact that Family Rehab’s remaining employees will lose their jobs and that its patients will lose their provider.  On the balance of harms, the court held that the HHS won’t suffer any harm because the agency can recoup the overpayments later if the ALJ finds in the government’s favor.  On the other hand, Family Rehab has shown that it will close its doors, employees will lose their jobs, and that patients will lose their provider.  Especially since there is no dispute about the quality of services provided by Family Rehab, the court held that it was in the public interest for the public to continue to receive its services.

The next projected milestone will be the court’s ruling on the Motion for a Preliminary Injunction.