Posted by Danielle Sapega on June 07, 2019
Pennsylvania / No Comments

In 2018, Governor Tom Wolf signed a multitude of bills into law that significantly impact Pennsylvania health care providers. Compliance deadlines for these new laws vary. Implementing any new policies or procedures often takes longer than anticipated, so we strongly recommend taking steps to determine whether your organization is out of compliance. While not all-encompassing, the following laws represent those of particular significance:

END_OF_DOCUMENT_TOKEN_TO_BE_REPLACED 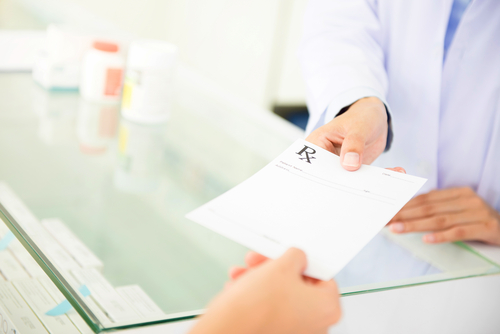 On June 22, 2018 Governor Wolf signed HB 2477 (“Amendment”) into law breathing new life into Chapter 20 of the Medical Marijuana Act (“Act”), the country’s first-of-its-kind law for cannabis research. This follows Commonwealth Court Judge Patricia McCullough’s May 22, 2018 issuance of a preliminary injunction halting the Department of Health’s (“DOH”) implementation of the Act’s Chapter 20 regulations. Chapter 20 of the Act governs the registration and operation of clinical registrants, the certification of academic clinical research centers (“ACRC”), and partnerships between clinical registrants and ACRCs for research purposes. A clinical registrant is a grower/processor and dispensary that will have a contractual relationship with an ACRC. An ACRC is an accredited medical school in the Commonwealth of Pennsylvania that “operates or partners with an acute care hospital licensed within this Commonwealth.” As of May this year, DOH had already certified eight medical schools as ACRCs under the Act. END_OF_DOCUMENT_TOKEN_TO_BE_REPLACED

On August 18, 2016, the Secretary of Pennsylvania’s Department of Health (“DOH”), Dr. Karen Murphy, announced that the DOH has posted draft temporary regulations (“Regulations”) focusing on the 25 medical marijuana grower/processor permits that will become available under Pennsylvania’s Medical Marijuana Act (“Act”) that was passed last April.

The Regulations also contain specific requirements for grower/processor permits. Application forms for permits will be posted on the DOH website in the future. Among the requirements is that a grower/processor notify DOH within six months of being issued an initial permit that it is ready, willing and able to begin production.

The Regulations are not final and are open for public comment until August 26, 2016.

Although Pennsylvania joins 23 other states and the District of Columbia to legalize medical marijuana, marijuana is still classified as a Schedule I controlled substance by the U.S. Drug Enforcement Agency, and as such it remains a crime under federal law to grow, sell and/or use marijuana. Any content contained herein is not intended to provide legal advice in connection with the violation of any state or federal law.  Although the Act provides for the legalization of medical marijuana in the Commonwealth of Pennsylvania, one should obtain legal advice with respect to any such compliance issues.

Stay tuned for details regarding an upcoming Cozen O’Connor webinar on these Regulations.

For more information about the Regulations or the Act, contact Chris Raphaely, J. Nicole Martin or another member of Cozen O’Connor’s Cannabis Industry Team.

Physicians, not surprisingly, will play a vital role in making medical marijuana available to Pennsylvanians, while ensuring patient safety in the process.  This is what they should know about Act 16: END_OF_DOCUMENT_TOKEN_TO_BE_REPLACED