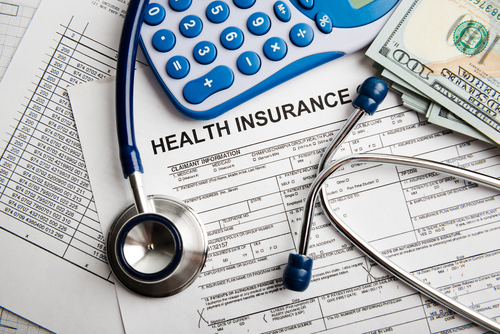 We previously reported that District Court Judge Reed O’Connor of the Northern District of Texas declared on December 14, 2018 (1) that the Affordable Care Act’s (ACA) individual mandate is unconstitutional and (2) that the remaining provisions of the ACA are “inseverable” and therefore invalid.

As you may be aware, there is a massive backlog in the Medicare appeals process for alleged overpayments.  The government can begin recouping at step 3 of the arduous 4-step administrative appeal process for overpayment demands.  In a nutshell, the process involves: (1) seeking a redetermination from the Medicare Administrative Contractor (MAC), (2) asking for reconsideration from a Qualified Independent Contractor, (3) requesting a hearing before an administrative law judge (ALJ) of the Office of Medicare Hearings and Appeals, and (4) appealing to the Medicare Appeals Council.  The law requires a decision on Step 3 within 90 days, but there is currently a 3-5 year backlog. END_OF_DOCUMENT_TOKEN_TO_BE_REPLACED

“A Slow Game of Jenga:” Has a Federal Judge Toppled the Affordable Care Act?

Last Friday, in Texas v. United States, Judge Reed O’Connor of the Northern District of Texas (1) declared the Affordable Care Act’s (ACA) individual mandate to be unconstitutional.  In so doing, the Judge, a President George W. Bush appointee, also (2) declared the remaining provisions of the ACA to be “inseverable” and therefore invalid. To recap, a Zone Program Integrity Contractor (ZPIC) in 2016 alleged that the Medicare program had overpaid a home health provider, Family Rehab, nearly $7.9 million.  Family Rehab asked for a redetermination from its Medicare Administrative Contractor (MAC).  The MAC, however, affirmed the ZPIC’s conclusion.  The provider then asked a Qualified Independent Contractor (QIC) to reconsider the decision.  The QIC slightly reduced the demand to over $7.6 million.  Since the MAC by regulation can begin recouping overpayments after the QIC issues its decision, the MAC then noticed its intention to begin recouping the alleged overpayment.  Family Rehab then requested an ALJ hearing. END_OF_DOCUMENT_TOKEN_TO_BE_REPLACED Despite the statutory requirement for an ALJ to issue a decision within 90 days of a request for a hearing, the hearing is not projected to occur until at least 3 to 5 years from now.  Since the recoupments will continue during the delay, the provider faces the possibility of going bankrupt and terminating operations before it could even conclude the 4-part Medicare appeal process (which has been described by the court as Byzantine).  The recoupments would cut off nearly all of the provider’s revenue stream.  Faced with these issues, Family Rehab sued the Secretary of Health and Human Services (HHS) in federal court and sought a temporary restraining order and an injunction to prevent the recoupment of any overpayments until the conclusion of the administrative appeals process. END_OF_DOCUMENT_TOKEN_TO_BE_REPLACED

Seeking to trim Medicaid expenditures, Iowa’s Governor this year signed a law requiring the State to seek a CMS waiver from the retroactive eligibility requirement.  When the State agency asked the public for comments on its waiver proposal, only one commenter expressed support.  The vast majority expressed concern that many patients—especially trauma patients who might lack the ability to promptly file Medicaid applications—would face new coverage gaps.  The State itself projected that the waiver would shed 3,000 members (monthly) and would slash Medicaid expenditures by $36.8 million (annually).  Providers unsurprisingly voiced concern that the waiver would increase uncompensated care costs. END_OF_DOCUMENT_TOKEN_TO_BE_REPLACED